Have you ever been wrong? I”m talking about embarrassingly wrong where you are ashamed to even approach the person? But of course the God in you would have it no other way.

This was me just two days ago. What made it worse was I had literally just finished praying, asking God to help me to be, “Quick to hear, slow to speak and slow to wrath” (James 1: 19). When I said egg was all over my face, look here, I wanted to bury my head in the sand!!!!

At first, I was so shame, I couldn’t open my mouth and speak. I had to pray within my spirit, asking God to forgive me. I figured the enemy was having a field day, laughing at how I had fallen but the scripture which came to mind was, “A just man falleth seven times, and riseth up again…” (Proverbs 24:16). I won’t go into details about the situation, but I didn’t do due diligence and jumped to conclusions. I was professional in my approach, BUT I was wrong. Dead wrong. I had read wrong…made a mistake. When it was brought to my attention, I had to apologize.  I do thank God my apology was quickly accepted. I am certainly reminded of the importance of crossing all t’s and dotting all i’s – basically doing my research before I approach someone on a matter.

So have you ever been in such a situation where you’ve made a mistake? Haven’t we all?  The important thing is to not stay in mistake mode. We could beat ourselves up to the point that we carry that weight around and it’s not worth it. We are admonished in 1 John 1:9, “If we confess our sins, he is faithful and just to forgive us our sins, and to cleanse us from all unrighteousness.”

I must admit that the incident was humbling and showed me I still have some growing to do. Sometimes, I experience a victory and other times…defeat. In any case, I thank God that according to Psalm 138:8, He will perfect that which concerneth me. He will NOT forsake the works of His own hands. THANK YOU JESUS!

I’ve confessed to God, apologized to the person, got up, dusted myself off and am back on track. The race is not to the fastest runner, but he who endures to the end. See you at the finish line – even if you have to dive across the line! Go Shaunae!!! 🙂 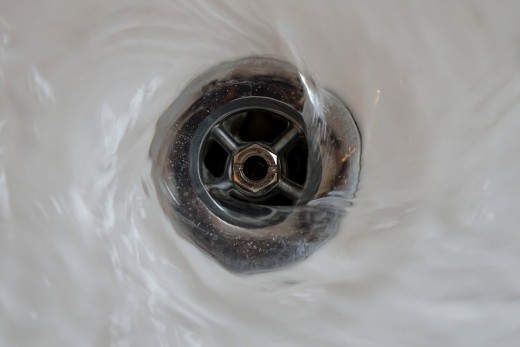 Today is ‘Confession Saturday’ for me. Well, that’s what I called it as I prayed to God earlier. I was washed in tears as I confessed to God that during this Christian journey, there have been times when He has been replaced on the throne of my heart.

What is mainly on your mind? What are you passionately pursuing that God has become secondary to? Do you realize that when God says, “Thou shalt have no other gods before me,” (Exodus 20:3) he is speaking about any and everything from money, power, qualifications and position to beauty, spouses and children etc. It is possible to idolize so many things of the world and/or flesh.

Furthermore, there is nothing in this world or flesh we should want so badly that we literally yearn after it. I’ve been there and I can tell you that it was years of craving after it, but I didn’t see it like that. It was not until there was a clear indication from God that it was not His will for me that I received that revelation. I realized it had become a god to me. I wanted it badly and even prepared for it, but God said no. For a long time, I thought it was, “Not yet…wait.” Honestly, when I finally gripped it was “NO,” I was at peace and let go. It is no longer a desire of my heart. Thank you Jesus for deliverance!

I’m not saying we shouldn’t have goals in life – not at all – but certainly we shouldn’t become consumed with them. Nothing is worth losing our souls. The way we have passionately pursued certain things and/or people in life, we should pursue God even more. He is a “jealous God” (Exodus 20:5). He wants our attention. He wants my attention…your attention. We should be like David, panting after God like the deer panteth after the waterbrooks (Psalm 42:1). We should be thirsty for God!

I encourage you to re-evaluate your life and examine whether something or someone is taking the place of God, sitting up prim and proper on HIS throne. I say RIP IT DOWN TODAY!!! Nothing or nobody should ever come before God.

“If we confess our sins, he is faithful and just to forgive us our sins, and to cleanse us from all unrighteousness.” 1 John 1:9